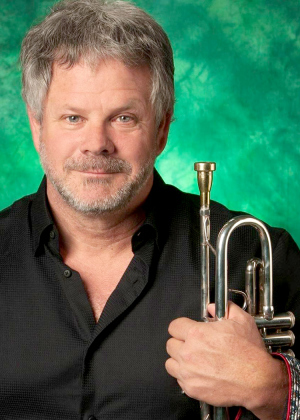 Kris Chesky holds the rank of professor in the UNT College of Music and is co-director of the Texas Center for Performing Arts Health. His career as a music professional includes accomplishments as a performer, educator, researcher, inventor, and leader in performing arts medicine.

Chesky earned an undergraduate performance degree in trumpet from the Berklee College of Music in Boston. Early in his career he worked full time as a bandleader, sideman, and jazz soloist and performed routinely across New England, Florida, Virginia, and throughout the Caribbean. Immediately following a move to Texas, he worked for several commercial dance bands, jazz repertory ensembles, and church orchestras while pursuing graduate degrees at the University of North Texas. For his Ph.D. dissertation, he designed, patented, and applied computer-based technologies for investigating the pain-relieving effects of music vibration. Successful outcomes from a study conducted at the UNT Health Science Center in Fort Worth with rheumatoid arthritis pain patients led to external grants that allowed him to conduct a double-blind, placebo controlled study with fibromyalgia patients at the University of Texas in San Antonio. Another study, conducted at Cook Children’s hospital in Fort Worth, focused on the potential for music vibration to reduce post-operative hyperalgesia in spinal fusion patients. Together with music therapy pioneer and mentor Dr. Donald Michel, he participated in medical and music therapy conferences throughout the United States, Europe, Canada, Africa, and The Netherlands.

As founding co-director of research and education for the Texas Center for Performing Arts Health, Chesky developed and served as the executive director for the Health Promotion in Schools of Music project (www.unt.edu/hpsm). With funding from the National Endowment for the Arts, the Grammy Foundation, NAMM, the Scott Foundation, and others, the goal of this project was to ensure that all tertiary music programs in the United States offer occupational health education for all students seeking to become music professionals. In partnership with over 20 national organizations, the impact of this effort is evident in unprecedented health and safety accreditation standards applied to all schools of music accredited by the National Association of Schools of Music and for all public school choir, band, and orchestra programs across Texas. Chesky also established an award-winning undergraduate occupational health curriculum at UNT that has served more than 3,000 undergraduate students. He also established the first optional field of music & medicine for student musicians seeking graduate performance degrees. Teaching is central to his interests, and a number of his students have conducted research, authored peer-reviewed research articles, and hold academic positions in various universities around the world.

As a scholar, Chesky’s research is diverse and reflective of an applied, integrative, and interdisciplinary approach to scholarship. Research vectors, to name a few, include epidemiologic studies of musician populations, biomechanics of musical performance, hearing conservation, earplug evaluation and testing, noise measurement and analysis, mental health issues in music, music therapy, ergonomics, and health education policy in the performing arts.  He has served as editorial board member or guest reviewer for over a dozen academic journals. Chesky has won several research awards and in 2010 was bestowed the coveted Safe-in-Sound Award from the National Institute of Occupational Safety and Health for his research directed toward the prevention of noise induced hearing loss among musician populations.

Other professional activities include leadership roles for the National Hearing Conservation Association, Performing Arts Medicine Association, International Society of Music Education, and other national and international associations. He is frequently asked to serve as a consultant and/or guest lecturer for music programs and other academic units in this country and abroad.