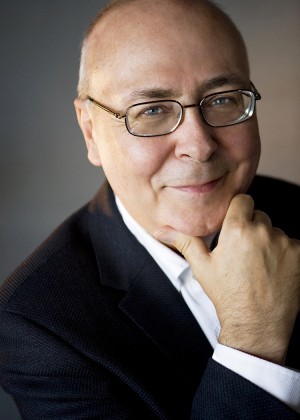 Philip Lewis is hailed as one of the finest violinists/pedagogues in the United States today. He has been described as a violinist of “Rare excellence—combining sensitivity, virtuosity, warmth, and vitality” (Baltimore Sun).

His early studies were with Eudice Shapiro at the University of Southern California, Ivan Galamian in New York, and Berl Senofsky at the Peabody Conservatory of Music where Mr. Lewis earned his bachelor's and master's degrees, and completed the coursework and required recitals for the doctorate of musical arts under the sponsorship of a Rockefeller Grant. During that period Mr. Lewis was a violinist of the Peabody String Quartet along with violinist Hyo Kang, violist Kim Kashkashian, and cellist Jungshin Lim. The quartet recorded for radio and television, and received an award at the Coleman Chamber Music Competition in Pasadena, California.

After being named “Artist of the Year” from the city of Pasadena, CA. and winning a Career Grant from the Young Musicians’ Foundation Competition in Los Angeles, Philip Lewis accepted the position of concert master of the Calgary Philharmonic Orchestra in Canada, where he performed concertos of Elgar and Bruch, formed the Calgary Philharmonic String Quartet, and made numerous solo and chamber music recordings for the Canadian Broadcasting Corporation (CBC).

In 1975, Mr. Lewis accepted a post as professor of violin at Virginia Commonwealth University and performed for 3 years as violinist of the Smetana Piano Trio. During this time, Lewis performed several concerts for the Chamber Players of Kennedy Center in Washington DC. From 1979-1991 Mr. Lewis was violinist of the Koryo Piano Trio performing concerts throughout Asia and North America.

Mr. Lewis moved to Texas in 1978 to accept a position as professor of violin and chamber music and artist violinist at the University of North Texas (UNT) in Denton, where he continues teaching highly-gifted students. Mr. Lewis has often been a soloist with the University of North Texas Symphony Orchestra, performing concertos by Brahms, Glazunov, Mailman, Mozart, Saint-Saens, Sibelius, Tchaikovsky, and the Ravel Tzigane.

In 1986 Philip Lewis founded Chamber Music International (CMI), considered by many to be one of the finest Chamber Music Series in the world today. Mr. Lewis engages the finest concert and recording artists and the top gold medal competition winners from all over Eastern and Western Europe, the Far East, and North and South America to perform with CMI. Lewis recently presented the US debut of the Kelemen String Quartet from Hungary—a group that has since won the Musica Viva Grand Prize in Melbourne and the Gold Medal of the 4th International String Quartet Competition in Beijing. In addition to presenting concerts, CMI holds Young Artist Chamber Music Competitions. Philip Lewis has performed chamber music with such artists as Leon Fleisher, Berl Senofsky, Karen Tuttle, Cho-Liang Lin, and Jon Nakamatsu among others.

Mr. Lewis is a much sought-after pedagogue. He has given master classes throughout Asia and North America. His former students hold important positions including those of concert master and associate concert master as well as section positions in orchestras in the US. His former students also hold professorships and artist-in resident status at universities throughout the United States.

Philip Lewis was concert master of the Richardson Symphony Orchestra under Maestro Anshel Brusilow from 1980-2014. Lewis performed in many concerts with the RSO.

Philip Lewis makes his home in Dallas, Texas. Mr. Lewis performs on a 1733 Sanctus Seraphim violin made in Venice, Italy.