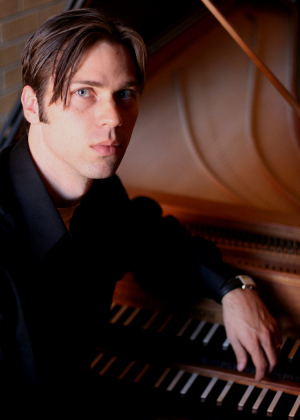 Brad Bennight completed his doctor of musical arts degree in harpsichord at the University of North Texas where he studied with Lenora McCroskey and Christoph Hammer. Mr. Bennight has performed with many period-instrument ensembles locally and throughout the United States, including Texas Camerata, Orchestra of New Spain, Mercury Baroque, La Folia Austin, Denton Bach Society, Camerata Ventepane, Texas Early Music Project, as well as at Emmanuel Episcopal Church in Boston with Christopher Hogwood and as pianist and harpsichordist with the Santa Fe Desert Chorale.

Mr. Bennight has been heard as both soloist and continuo player at numerous concerts at the Boston Early Music Festival, Berkeley Early Music Festival, performances in Mexico at the inaugural Festival de Musica Barocca in San Miguel d’Allende, as well as in Queretaro and Guanajuato, the International Festival of Early Music in the colonial cities of Bolivia, and in Cusco, Peru. Mr. Bennight can be heard on the Dorian label with the Orchestra of New Spain. He taught harpsichord and continuo at Baylor University (2003–2016) and at UNT since 2010. He is Lecturer of Harpsichord at the University of North Texas.