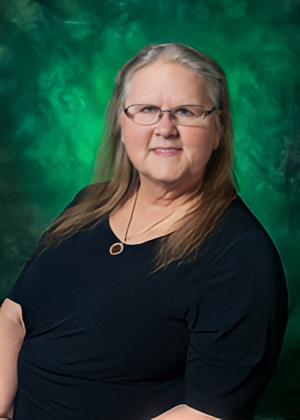 Linda Strube is responsible for editing, researching, typing and proofing 1,100 programs annually. She also maintains many lists for the College.

She has degrees in math, French, computer science, and education. During summers in college she worked for the U.S. Army at the Pentagon in Washington, D.C. She was a teaching fellow in the Math Department at UNT for a year, taught junior high school and high school math for 6 years and then became employed at UNT. She worked in the Department of Political Science from 1980-82 (part-time in main office) and from 1982-84 for the journal Publius as copyeditor and subscription data base maintainer; she also mailed out issues and corresponded with international authors. She worked a year in the Academic Office of the Texas Academy of Mathematics and Science (TAMS) before coming to the College of Music in 1995. She first worked in the main office as office manager and secretary to dean David Shrader, and in 2003 moved to the program office. In her spare time she plays piano and proofs books for professors.