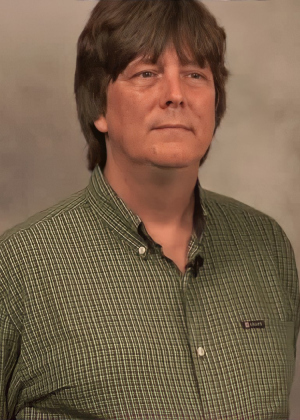 William McGinney received his bachelor of music degree from the University of Texas in 1990.  After working in manufacturing for the next eight years, he began graduate study in 1998, earning his master's degree from the University of North Texas in 2003 and his PhD in 2009.  To date, his principal areas of research have included the film music of Aaron Copland, music for science fiction films of the "New Hollywood Era," and British progressive rock of the early 1970s.