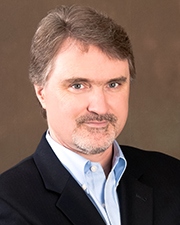 Tenor and Associate Professor William Joyner joined the Division of Vocal Studies of the UNT College of Music in 2014. Over the course of his career, he has performed 55 different roles, singing in 12 countries on 3 continents. He has been engaged by some of the world’s foremost opera theaters, including Teatro alla Scala, Gran Teatro la Fenice di Venezia, Glyndebourne Festival Opera, Opéra National de Paris, Deutsche Staatsoper Berlin, Washington National Opera, and Santa Fe Opera. Mr. Joyner has performed with the Chicago Symphony and the New York Philharmonic, and has worked with some of the greatest conductors of our time, including Daniel Barenboim, Alan Gilbert, Vladimir Jurowski, Kurt Masur, Antonio Pappano, Georges Prêtre, and the late Marcello Viotti.

Born in North Carolina, William Joyner holds degrees from the Juilliard School and the Catholic University of America. He has been the recipient of the Feinstein Artist of the Year Award from the Washington National Opera, a Richard F. Gold Career Grant from the Shoshana Foundation, a Sullivan Foundation Award, and a Silver Medal from the Rosa Ponselle Foundation. He is a member of AEA, AGMA, CAEA, the College Music Society, NATS, and SAG-AFTRA.