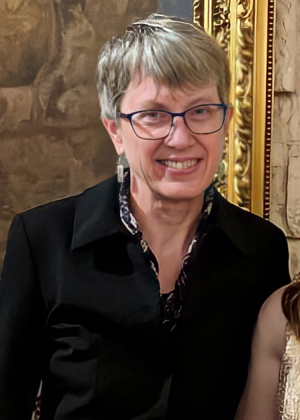 Terri Sundberg is professor of flute at the University of North Texas College of Music and a member of the Crested Butte Opera Orchestra and Crested Butte Festival Symphony Orchestra.  She has been a featured concerto soloist at the Jeju International Music Festival in Korea, recipient of a State Department grant for recent performing and teaching in China and has performed extensively in New York City as soloist, chamber and orchestral musician, including performances at Lincoln Center/Alice Tully Hall, Merkin Concert Hall and Carnegie Hall.  She is a former member of the North Coast Chamber Players, a mixed wind/string chamber ensemble in-residence on the West Coast.

Professor Sundberg has served as faculty at several international music festivals, and has presented masterclasses and performed solo and chamber recitals across the United States and abroad, including concerts in China, Korea, South Africa, Mexico, Austria, Ireland, England, France, Kosovo, and the Philippines. She has been a guest artist at flute festivals across the United States, including St. Louis, New Mexico, Illinois, Iowa, California, Oklahoma and Texas, and has been a featured artist, teacher, and adjudicator at numerous National Flute Association conventions.  She has played principal flute with the Orchestra Sinfonica de Mineria in Mexico City, Eisenstadter Sommerakademie in Austria, New Hampshire Music Festival Orchestra, and also has played with the Fort Worth Symphony, Dallas Opera, Oklahoma City Philharmonic, and Metropolitan Ballet Orchestra.

Terri Sundberg attended the Yale University School of Music, Royal Conservatory of Music Orchestral Training Program, and Lawrence Conservatory.  Her principal teachers have included Jeanne Baxtresser, Thomas Nyfenger, Ernestine Whitman, James Walker, and Timothy Day.   She is a co-author of  "Children After War: A Novel Approach to Promoting Resilience Through Music" recently highlighted in the Traumatology journal, and has great passion for her work on the board of the Shropshire Music Foundation, whose mission is to foster ethnic tolerance, promote peace, and improve the quality of life for children and adolescents of wartorn countries through the establishment of ongoing music education and performance programs: www.TeachingChildrenPeace.org.  She has also served on the Board of Directors of the National Flute Association.