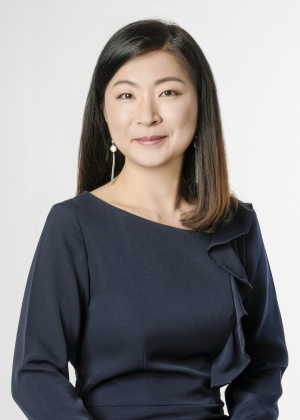 Sungji Hong's music has been described as "a work of iridescent freshness" (BBC Music Magazine), "the sound is utterly luminous" (Fanfare Magazine), "a virtuoso exploration of the technical and sonorous possibilities" (Daily Telegraph), and "the harmonies and fluid dynamics were modern" (The New York Times).

In 2022 she was awarded a Guggenheim Fellowship and a Charles Ives Fellowship from the American Academy of Arts and Letters. Also, in 2022, she was elected as an Associate by the Royal Academy of Music (ARAM) upon its 200th anniversary. This designation is made to Academy alumni who "have distinguished themselves in and made a significant contribution to their music career." Hong has received commissions from the Fromm Music Foundation at Harvard University (2004/2019), the National Flute Association, Texas Flute Society, the MATA Festival, iSing Silicon Valley, the Tongyeoung International Music Festival (2005/2007), Kumho Asiana Cultural Foundation, the Seoul Philharmonic Orchestra, and commissioning funds from New Music USA, among many others. Her Missa Lumen de Lumine on the ECM New Series (ECM 1929), performed by the Grammy-winning vocal ensemble Trio Mediaeval, received critical acclaim and reached the top ten on the Billboard Classical Chart and iTunes classics.

Her music has been widely broadcast in more than 17 countries (57 channels, including BBC Radio 3, SWR 2, DLF, MDR FIGARO, WNYC 2, RDP-Antena 2, HRT 3, ERT, YLE Radio 1, ABC CLASSIC FM, and others) and has been recorded and released on the Soundbrush, Elektramusic, Atoll, Dutton labels, Universal Music Korea and by ECM Records. Her music is published by Tetractys Publishing in the UK.

Sungji Hong studied composition with Kyungsun Suh at Hanyang University in Seoul. Subsequently, she completed her MMus with Robert Saxton and Paul Patterson at the Royal Academy of Music in London, respectively, and also with Michael Finnissy, and her Ph.D. in composition with Thomas Simaku, John Stringer, and Nicola LeFanu at the University of York in the UK. She has participated in various workshops and masterclasses such as Voix Nouvelles (Royaumont) and in Darmstadt, where she studied with Brian Ferneyhough, Jonathan Harvey, Tristan Murail, and Toshio Hosokawa, as well as the International Mastercourse and Workshop for Conductors and Composers with Peter Eötvös and Zsolt Nagy in Herrenhaus Edenkoben.