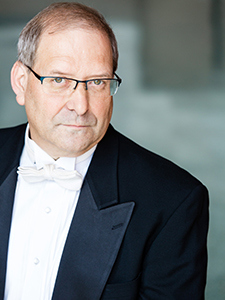 Steven Harlos finds himself equally at home on the concert stage, in the jazz club, or in the pit of a Broadway musical.  He performs regularly in a wide range of roles including concerto soloist, chamber musician, and in contemporary works involving electronics and improvisation.  He has performed with such diverse artists as Timofei Dokschutzer, Harvey Phillips, Dick Hyman, Marvin Gaye and Maureen McGovern.  In 2010, he played the world premiere of Dysfunctional, a piano concerto written for him by American composer and jazz artist Stephen Anderson.  2021 marked the release of his recording of solo piano music by Dick Hyman.

Currently, he serves as staff keyboardist for the Dallas Symphony Orchestra, and as chair of the Division of Keyboard Studies at the University of North Texas. He is also a successful composer--his Sonata Rubata for flute and piano is published by Southern Music Company, and Benniana, his jazz sonata for clarinet and piano is gaining worldwide popularity. In 2021 he completed and premiered Billiana, Sonata #2 for clarinet and piano. Other works include Three Bach Inventions Re-Invented in the styles of Busoni, Godowsky, and Rachmaninoff for piano solo (2020).