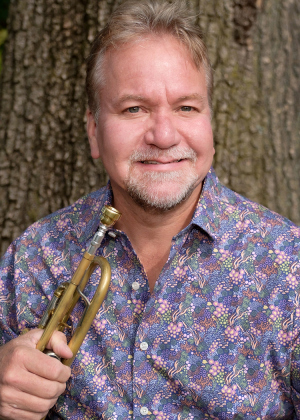 Chair of the Division of Jazz Studies

Rob Parton is a busy and versatile trumpet player and is highly regarded as a studio, theatre and jazz musician, performer, educator and bandleader. He is chair of Jazz Studies at UNT.

A versatile and in-demand trumpet player, Parton has been called on to perform or record the music of diverse composers from Karel Husa to Leonard Bernstein to Duke Ellington. He has performed with many of America’s major orchestras including the Chicago Symphony Orchestra, Cleveland Orchestra, New York Philharmonic, and Detroit Symphony Orchestra, to name a few. He has also performed as lead trumpet on numerous Broadway shows in the Midwest and with Grammy, Tony, and Academy Award-winning artists from Faith Hill to Natalie Cole to Tony Bennett. As a recording artist, he has performed on hundreds of recordings for national commercials and with various artists on Concord, Verity, Mark Records, Sea Breeze and Sony record labels.

While comfortable in various musical settings, be it jazz trio or brass quintet or as a soloist with larger ensembles, leading a professional big band is the area in which he has enjoyed the most acclaim. Founded in 1984, the Rob Parton Big Band has released eleven recordings, performed at the Midwest Clinic three times, at the International Trumpet Guild Conference, and at numerous jazz festivals featuring guest artists such as Lew Soloff, Conte Candoli, and Joe Williams. Dozens of the band’s recordings and live videos can be found on YouTube.

You will often find him directing an All-State jazz band or acting as a guest artist with many high school and college jazz programs throughout the country. He has presented concerts or clinics at the Midwest Clinic in Chicago, International Association of Jazz Educators Convention, MENC and many other music educators conventions.

Parton has earned national and international accolades for his nine critically acclaimed compact discs on the Sea Breeze Jazz and ROPA labels.