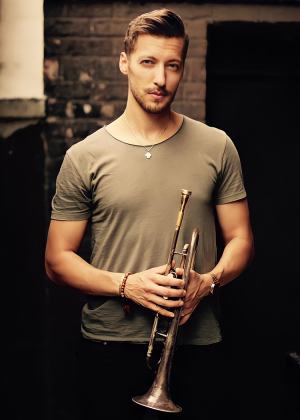 Philip Dizack, one of the most important jazz trumpeters of his generation, is emerging as an integral player of the worldwide jazz scene, fulfilling DownBeat Magazine's 2007 proclamation “[one of twenty-five] Trumpet Players for the Future.”

In 2019, Dizack joined Israeli-born pianist Shai Maestro's newly expanded quartet. The band's subsequent album, Human, released in January of 2021 on ECM, was produced under the watchful eye (and ears) of ECM founder, Manfred Eicher. The critic response was overwhelmingly positive, garnishing over 60 glowing reviews in more than a dozen countries.

Philip was also a featured soloist on the 2021 recording Assembly of Shadows which received two Grammy© nominations for Best Instrumental Composition and Best Instrumental Arrangement. Later that year, Philip taught at the Siena Summer Jazz Workshop in Siena, Italy.

In 2019, alongside touring and performing, Philip was appointed assistant professor of jazz trumpet and coordinator of the jazz chamber music program at the University of North Texas in 2019.

Philip Dizack has released 3 solo albums and has been featured on over 35 albums as a supporting member.