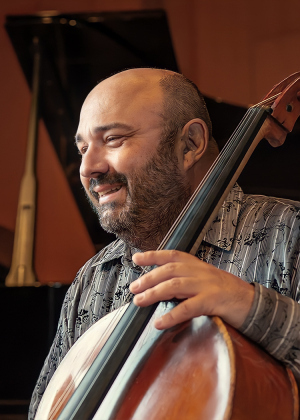 A native of Croatia, Nikola Nino Ružević has performed in many countries around the world where he has received critical acclaim for his artistry. The Los Angeles Times writes about his playing: "... thrilling intensity and apprehensible projection", " ... compelling narrative skills and imaginative coloring. Each piece told a story the listener could immerse in."

Presently, Mr. Ružević is associate professor of cello and chamber music at the University of North Texas.