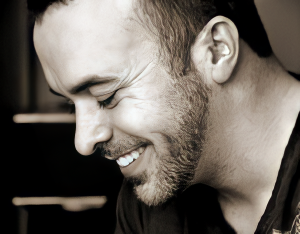 Michael Conrady is the Organist and Choirmaster at St. Thomas Aquinas Catholic Church in Dallas, TX. A native of Anthony, KS, he received his bachelor’s degree at Baylor University, where he studied organ with Joyce Jones. While at Baylor, he was the first-place winner of the 1998 William Hall Organ Competition. His graduate degrees include the Masters of Music (MM) in organ, the Masters of Theological Studies (MTS), and the Masters of Sacred Music (MTS) degrees at Southern Methodist University, where he studied Sacred Music with Michael Hawn and Chris Anderson, organ with Larry Palmer, and conducting with David Davidson.

Postgraduate studies led him to the University of North Texas, where he studied organ with Jesse Eschbach for two years, specializing in 18th-century performance practices of France and Germany. He completed the Doctor of Ministry degree at SMU in 2019, studying liturgics with Mark Stamm. His doctoral thesis was written on the topic of Communion antiphons in the Roman Rite.

Dr. Conrady oversees an active and vital music program at St. Thomas Aquinas that is known for musical excellence. During his tenure, the ministry has grown to feature eight diverse choirs, an exemplary children’s music program, a contemporary worship ensemble, a cantor ministry, and a concert series. As part of his responsibilities at St. Thomas Aquinas, he conducts three of the parish’s regular choirs (St. Thomas Aquinas Choir, St Francis Choir, and the Schola Cantorum) as well as the Palestrina Singers, a professional Renaissance choir which sings at special concerts and holy days throughout the year.

In addition to parish ministry, Dr. Conrady also concertizes, composes liturgical music, and serves on a number of area boards and commissions related to music, liturgy, and theology. His involvement with the American Guild of Organists has included the roles of chairperson of the Robert T. Anderson Recital Series and the Southwest Regional Coordinator for Education. He was certified as an Colleague of the American Guild of Organists (CAGO) in 2005 and as an Associate (AAGO) in 2007. He has served on the Dallas Diocesan Liturgical Commission, the Diocesan Commission for Sacred Places, and as organist for the Diocesan Choir. He is active in the Hymn Society of United States and Canada, where he presented the opening hymn festival at the 2019 convention and has taught seminars on liturgy and music at previous annual conventions.