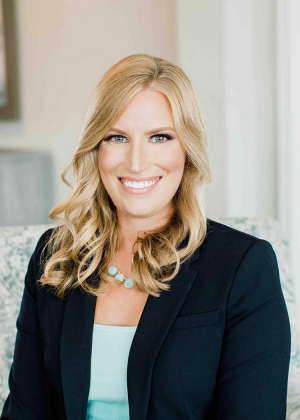 The music of award-winning composer Kirsten Soriano (formerly Kirsten Broberg) has been presented on public radio, public television and film festivals and has been performed by internationally renowned artists at world-class venues such as Carnegie Hall.

Among Soriano's honors are the Fromm Foundation Commissioning Grant from Harvard University, commissioning funds from New Music USA, three Encore Grants from the American Composers Forum, the Jerome Foundation Award from the American Composers Forum, the Composer Choice award from Symphony Number One and Best Documentary from the Thin Line Film Festival. She was one of seven composers selected for the American Composers Forum and Minnesota Orchestra's Composer Institute and she has been awarded two Creative and Scholarly Awards from the University of North Texas, two William T. Faricy Awards at Northwestern University and three Wyatt Fund grants from Northwestern University. She also received first place in the Accent '04 International Call for String Quartets at Cincinnati Conservatory and first place in the University of Minnesota Call for Orchestral Scores.

Soriano was featured on the cover of the International Alliance for Women Music's magazine, Dallas Voyage Magazine published an article on her life and music and the American Music Center released the article and radio broadcast, "Kirsten Broberg in the Abstract." Her soundtrack for the film, 489 Days, was presented on KERA-PBS public television and Minnesota Public Radio presented choral and orchestral works in the interview entitled "Kirsten Broberg gets her Big Break." Her piano piece, "Constellations," recorded by Matthew McCright, was released by Innova Records in May 2009; her choir piece “Breathturn,” recorded by the Crossing Contemporary Choir, was released by Parma/Navona records 2011. Her suite, “Color and Texture,” recorded by TrioPolis, was released by Fleur de Son Classics in 2018 and "Rain Gardens" for solo piano will be released by the Composer's Voice, recorded by Matthew McCright, in 2020. Her Dream-Paths and Waters of Time cycles were recently recorded by Grammy-Award winning soprano Estelí Gomez.

As an effective leader and entrepreneur, Kirsten Soriano is the founding composer of the internationally-renowned group Ensemble Dal Niente and was the Executive Director through its formative years, during which time the ensemble won a Kranichsteiner Musikpreis at the Darmstadt International Festival for New Music. She is now the Director of Undergraduate Studies in the College of Music at the University of North Texas where she has led initiatives for student retention and implemented a strategic plan to revise and revive the core curriculum. At the University of North Texas, she has also served on the Executive Faculty Senate, the Faculty Senate, the University Curriculum Committee, the Faculty Advisory Committee, the Undergraduate Music Curriculum Committee, the Presser Award Committee, the Ricco Ethics Award Committee, on the Pi Kappa Lambda Scholarship Committee, as the Secretary for Pi Kappa Lambda and was an advisor to students entering the Music Entrepreneurship Contest. In the past, she was the President of the Northwestern University Graduate Music Organization, the Music Composition Chair for the Midwest Graduate Music Consortium, a Board member for New Music Chicago, a Steering Committee member for the Chicago Composers Forum, on the Planning Committee for the Northwestern University New Music Marathon and a Board member for New Music Chicago, during which time the Sonic Impact Festival of Contemporary Music at the Museum of Contemporary Art in Chicago was produced.

Kirsten Soriano holds a doctorate in music composition from Northwestern University in Chicago where she studied with Augusta Read Thomas, Jay Alan Yim and Jason Eckardt. She has taken lessons with ten-time Emmy-Award winning composer Bruce Broughton; studied music composition privately with Kaija Saariaho, Tristan Murail and Philippe Hurel in France; and studied composing for choreography with Claudia Howard Queen. She earned a Master of Arts in music composition from the University of Minnesota and a Bachelor of Music degree in music theory and composition with a minor in creative writing from Concordia College in Moorhead, Minnesota.