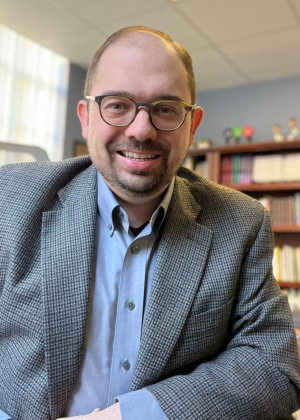 Taylor led the FPC Chancel Choir and Chamber Choir in performances for the 2016 Southwest ACDA convention in Kansas City, the memorial service for fallen Dallas police officers with Presidents Obama and Bush in attendance, and numerous concerts for the First Concert Series including collaborations with the Dallas Chamber Orchestra, Dallas Winds, South Dallas Concert Choir, and Turtle Creek Chorale. In 2019, the choir was selected as a finalist for the American Prize in Choral Performance for church choirs.

A skilled liturgist, music educator, and conductor, Josh’s responsibilities have included conducting youth choirs, coordinating Taizé worship experiences, and preparing liturgy for the congregations he has served as well as conference gatherings across the country. He is in demand as a guest lecturer, author, and seminar leader in the areas of worship planning, the music of pilgrimage and as a conductor. He has presented interest sessions for the national ACDA conventions in Dallas, Texas (2013) and Minneapolis, Minnesota (2017) and the Texas Choral Directors Association, Southwest ACDA, the Kansas Music Educators Association, and the Presbyterian Association of Musicians. Dr. Taylor has published numerous articles on worship and music in the Choral Journal, Call to Worship, a publication of the Presbyterian Church (USA), Presbyterian Outlook, the United Methodist Discipleship Ministries History of Hymns, the Canterbury Dictionary of Hymnology, the PC (USA) Office of Faith Formation Quicksheets Resources, among others. He was named the North Texas Children’s Choir Teacher of the Year in 2010.

His professional affiliations include two terms on the Executive Board of the Presbyterian Association of Musicians and directing that organization’s Mo-Ranch/PAM Worship & Music Conference in 2014. He has also served as the Vice President for the Church Division of the Texas Choral Directors Association and has sat on various committees for PAM, TCDA, and TMEA.

Dr. Taylor holds the doctor of pastoral music degree from Perkins School of Theology/Southern Methodist University, a master of music in choral conducting from Kansas State University, a bachelor of music education from the University of North Texas and a certificate in ministry from Austin Presbyterian Theological Seminary.