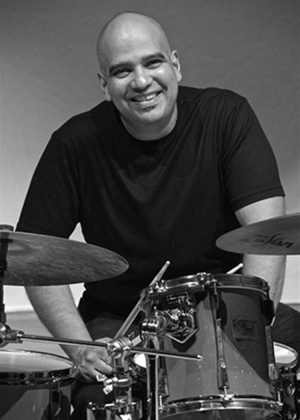 José Aponte is a principal lecturer at the University of North Texas in the Percussion and Jazz Studies departments, where he teaches drum set and Latin percussion. In addition to his private lesson studio work, José is the director of UNT’s Afro-Cuban Ensemble, Brazilian Ensemble and Latin Jazz Lab Band.