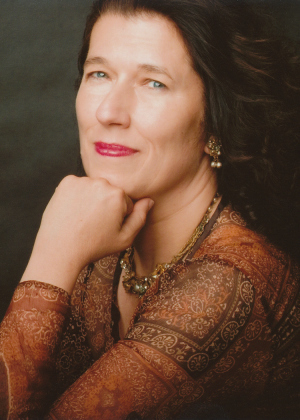 Nominated for a Grammy for her role (Athena) in Milhaud's Orestie, mezzo-soprano Jennifer Lane came to UNT in 2007 with an already extensive academic teaching background, having taught voice at Stanford University, the University of Kentucky, Brooklyn College of the City University of New York, and at summer programs and masterclasses for The Peabody Institute, San Francisco Conservatory, Baldwin-Wallace University, Oberlin College, The City University of New York, among many others. Many of her students are now successful professional singers and academicians themselves.

Two of her CD recordings (Threni and A Sermon, A Narrative, and A Prayer) were included in Deutsche Grammophon Gesellschaft's 30-CD Stravinsky Complete Edition. Professor Lane is an ensemble member on the Grammy-winning Deutsche Grammophon recording of Mahler's Symphony No. 3 with the New York Philharmonic, conducted by Leonard Bernstein. She is recognized internationally for her stunning interpretations of repertoire ranging from the early baroque to that of today's composers. She has appeared at many of the most distinguished festivals and concert series worldwide, with conductors William Christie, Nicholas McGegan, Andrew Parrott, Howard Arman, Marc Minkowski, Helmut Rilling, Robert Craft, Graeme Jenkins and Robert Shaw, and is a prolific recording artist.

At the Metropolitan Opera, Professor Lane was responsible for roles in Arnold Schoenberg's Moses und Aron and Leoš Janáček Katyà Kabanovà, and she joined the San Francisco Opera for Virgil Thompson's The Mother of Us All and Janáček's The Cunning Little Vixen, returning for Ligeti's Le Grand Macabre and Tchaikovsky's Eugene Onegin. She has performed Brahms' Alto Rhapsody with the Lexington Philharmonic, the world premiere of Libby Larsen's Every Man Jack with Sonoma City Opera (role of Charmian London), Handel's Messiah with the National Symphony Orchestra, and in performances throughout Spain of Monteverdi's La favola d’Orfeo (Messaggiera/Speranza) with Capella Ministrers. She has also recorded Rameau's Pygmalion and Handel's Terpsicore with Concert Royal in New York. At Palm Beach Opera, she garnered rave reviews as Marcellina in The Marriage of Figaro with an all-Metropolitan Opera cast directed by Mario Corradi. She sang an all-Handel concert with the New York Collegium, and added two important recordings to her already extensive list of CDs: Schoenberg's song cycle Das Buch Der Hängenden Gärten and his chamber orchestra arrangement of the Lied der Waldtaube (Naxos), and Antonio Caldara Cantatas (Gaudeamus).

Other notable engagements include Purcell's Dido and Æneas at the Palau de la Musica in Valencia, Spain, and Œdipus Rex in Glasgow, Scotland. She was heard in performances of Messiah, Andrew Parrott conducting, with the Handel and Haydn Society, and on the subsequent recording released by Arabesque, as well as with the Orchestra della Toscana in Italy. She sang in Stravinsky's Les Noces with the San Francisco Symphony under Michael Tilson Thomas, and in Händel's Arianna at the Göttingen Festival with Philharmonia Baroque, Nicholas McGegan conducting.

Professor Lane has appeared several times at the Göttingen Handel Festival with conductor Nicholas McGegan: in Ariodante, recorded by Harmonia Mundi USA and winner of a Gramophone Award, and in Giustino (also recorded by HMU). Recent performances include Verdi’s Messa d requiem and Handel’s Theodora at Dallas Opera’s Winspear Theater.

Jennifer Lane has premiered important roles on stage and in film. In addition to the premiere of Larsen's Everyman Jack, she premiered the title role of Augusta Read Thomas' opera Ligeia, based on the life of Edgar Allen Poe, commissioned and conducted by Mstislav Rostropovich at his festival in Evian, France. She performed the dual roles of Dido/Sorceress for the Mark Morris Dance Group's production of Dido & Æneas, filmed by Rhombus Media for BRAVO Television and recorded on CD by CBC Records. Dido & Æneas has won many awards, including at the Banff Television Festival and the San Francisco International Film Festival, and was released on DVD. This DVD is now used in university humanities, gender studies, opera and music courses nationwide. Professor Lane’s singing is featured in the romantic comedy film The Opera Lover, available on DVD. She has over fifty commercial CD recordings available, on the Harmonia Mundi USA, Naxos, Opus 111, CBC Records, Koch International, Newport Classic, PGM, Gaudeamus, Centaur, and Arabesque labels. With conductor Robert Craft, she recorded Igor Stravinsky's Threni, Oedipus Rex (Jocasta), A Sermon, a Narrative, and a Prayer, Two Songs by Hugo Wolf, arr. Stravinsky, and Arnold Schoenberg's Gurrelieder (Waldtaube) in both full orchestra and chamber versions, for Koch International. All are now re-mastered and re-released by Naxos. Her solo discs of Handel arias, Fury with Red Sparkling Eyes, and Own the Pow'r of Harmony! are available on Newport Classic and Magnatune.com. Her solo disc for Koch, The Pleasures & Follies of Love, was chosen as disc of the month by the journal Alte Musik Aktuell in Germany, and her solo disc of French airs de cours, available on Magnatune.com, is cited in the Wikipedia article on airs de cour. She recorded Darius Milhaud's enormous L’Orestie d’Eschyle under the supervision of composer William Bolcom. She performed and recorded J.S. Bach's Solo Cantatas for Alto, BWV 35, 169 and 170, with Rick Erickson and Bach Society Houston, which is available on Amazon.com.

From 1996 to 2005, Jennifer Lane was a member of the faculty of music at Stanford University, where, in addition to teaching voice, she produced and directed opera, and built an early music collegium musicum. Her production of Dido & Æneas served as the culminating event in the Stanford Music Department's 50th anniversary celebratory year. While at Stanford, she also directed an evening of five 20th century American one-act operas, Mozart's The Magic Flute, and Shadwell & Dryden’s adaptation of The Tempest, which is considered to be the first dramatic opera in English. She has directed Baroque opera productions at the Shakespeare Blackfriars Theatre in Staunton, VA, home of the American Shakespeare Company. These include Dido & Æneas, Semele and Acis & Galatea.

Jennifer Lane has taught masterclasses at Old Dominion University, Mannes College, CW Post University, Royal Academy of Music in London, Collegio Major Lluis Vives in Valencia, San Francisco Conservatory, Peabody Institute, University of Louisville, University of Alabama, UC Berkeley, UC Santa Barbara, UC San Diego, USC, and for the San Francisco Opera Young Artists Program, among many others. She has also served on the faculties of the Lake Placid Institute, International Baroque Institute at Longy, Amherst Early Music Festival, San Francisco Early Music Society Medieval/Renaissance and Baroque workshops, and more recently at her own Enchanted Isle Vocal Workshop in Honolulu, Hawai’i and in Chioggia, Italy for the Associazione Lirico Musicale Clodiense. She has also taught at the invitation of harpsichorsist Mitzi Meyerson at the Hochschule for Musik in Berlin.

Prior to joining the faculty at UNT in January of 2007, Professor Lane served as associate professor of voice, opera and early music at the University of Kentucky at Lexington, where she also directed the Lexington Opera Society's summer workshop. Students and former students of hers have won Metropolitan Opera National Council District Awards, Orpheus prizes, and NATS 1st place and other prizes. Doctoral students of Professor Lane's are now professors. Her former students sing nationally and internationally, and have appeared in young artist programs around the country, including St. Louis Opera, the Domingo-Cafritz Program at Washington Opera, Des Moines Metro Opera, Glimmerglass, Chautauqua, Cincinnati Opera, and Carmel Bach Festival, among others. Her students have been accepted for graduate study at the Manhattan School of Music, Royal Academy of Music in London, Peabody Institute, McGill, Eastman School of Music, and Indiana University.