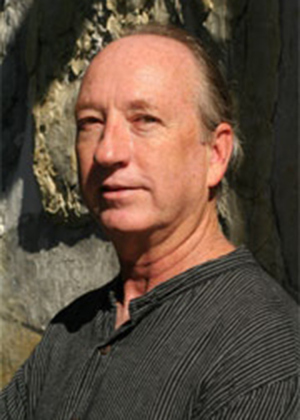 Ed Smith's music career as a jazz vibraphonist and percussionist spans more than three decades. He has performed with distinguished artists such as John Cage, Phil Wilson, Louie Bellson, Johnny Mathis, Ed Soph, Glen Velez, Trichy Sankaran, Nyoman Wenten, Hands On’Semble and many others. In 1992 Ed helped form the internationally recognized world percussion group D'Drum, which recorded the soundtrack for the National Geographic film Lions of Darkness and performed in Hong Kong as part of the Chinese modern presentation of Mozart's The Magic Flute. A PBS short film about the group and their world travels won an Emmy in 1999. D’Drum has been a featured concert act at the Percussive Arts Society International Convention (PASIC). They have two CDs published, Village Besides Time and Within You, Without You.

As a member of D’Drum Ed recently collaborated with Stewart Copeland, drummer of The Police, on a world music concerto called Gamelan D’Drum. The world premiere with the Dallas Symphony Orchestra in February 2011 received rave reviews. They performed it again with the Cleveland Orchestra in 2012.

Ed began traveling to Bali, Indonesia in 1995 to study the music of wayang kulit (shadow puppet play) on the gamelan gender wayang. While in Bali in 1998, Ed was awarded the high honor of performing on the gender wayang with his teacher, Ketut Madri, in a temple celebration. Since 2002 Ed has also been studying the repertoire of the large Balinese gamelan, gong kebyar, with Nyoman Wenten and Wayan Sudirana.

Along with teaching vibraphone at UNT, Ed also directs the UNT Gamelan Bwana Kumala. In 2009 Bwana Kumala won the first annual PAS World Music Ensemble contest and performed at PASIC later that year. He also teaches at Southern Methodist University and Cedar Valley College. Ed is a Malletech Love Vibe Artist and has his own line of Malletech mallets.