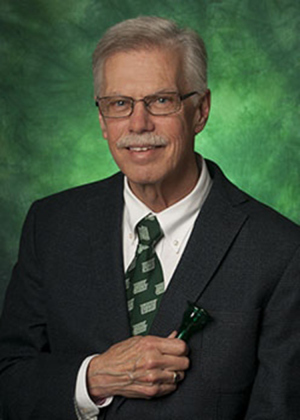 Donald C. Little joined the College of Music faculty in 1976 and now serves as Regent Professor of Tuba. He previously served as a faculty member at the University of Northern Iowa.

Mr. Little was awarded the 2018 International Tuba Euphonium Association Excellence in Teaching Award. He was nominated by professional peers, students and former students for “the advancement of the pedagogy of those instruments and dedication to the mentoring of young in recognition of demonstrated excellence in the teaching of tuba and euphonium musicians.”

He has authored, transcribed, arranged, edited and composed published works for the tuba, euphonium and brass ensembles with various publishers including Belwin Mills, Southern Music Company and Kagarice Brass Editions. His solo and chamber music publications receive thousands of performances annually at professional, faculty, and student recitals, contests and competitions throughout the world.

He has contributed instructional materials and solo editions for the tuba and euphonium to Belwin Mills'Medalist Band Course and Contemporary Band Course. This course also includes Practical Hints on Playing the Tuba, his publication for high school and college tubists.