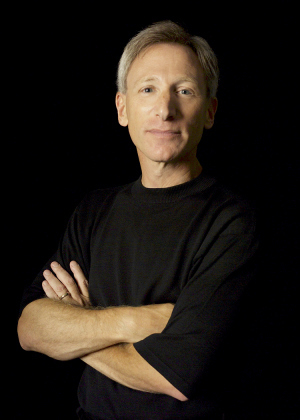 The 2021-2022 season marks David Itkin’s 17th season as music director and conductor of the Abilene Philharmonic, and his 14th year serving as professor of music and director of orchestral studies at the University of North Texas.

The 2021-2022 calendar features complete, revitalized concert seasons with the Abilene Philharmonic and the UNT Symphony Orchestra, as well as appearances with the Lubbock Symphony Orchestra, Messiah for the Abilene Opera Association, a complete, concert production of Verdi’s Otello at the UNT College of Music, and an appearance with the Texas Region 25 Honors Orchestra. Highlights in recent seasons include Mahler’s Symphony No. 4, Verdi’s Requiem, Beethoven’s Symphony No. 9, Puccini’s Turandot in concert, Janacek’s The Cunning Little Vixen with the UNT Opera Theatre and West Side Story for the Abilene Opera Company.

During past seasons Itkin’s career has taken him to 45 U.S. states and 15 countries in Europe, the Middle East, and Asia, including concerts and recordings with the Winnipeg Symphony Orchestra, Slovenska Filhamonija, San Diego Symphony and the Seoul Philharmonic. Other guest conducting appearances include concerts with the Colorado Philharmonic, Annapolis Symphony, National Repertory Orchestra,  Fort Worth Symphony, Illinois Symphony, Delaware Symphony, New Hampshire Symphony, Cheyenne Symphony and the Indianapolis, Baltimore, and Reno chamber orchestras. During the Summer of 2006 he appeared once again with the Slovenska Filharmonija in Ljubljana, Slovenia, conducting the opening concert of the 14th World Saxophone Congress.

His book, Conducting Concerti, was released in August 2014 to considerable critical acclaim. Leonard Slatkin called Conducting Concerti “a valuable textbook for the aspiring Maestro…highly recommended,” and Samuel Adler called it “an invaluable addition to the world of conducting textbooks.” Mr. Itkin’s next book, The Conductor’s Craft, was published by GIA Publications (Chicago) in December 2021.

Mr. Itkin’s first film score (Sugar Creek) was recorded in 2006 by the Arkansas Symphony for the film’s 2007 release. His most recent major work, Exodus, an oratorio, was premiered in April 2005 in Little Rock, with William Shatner narrating. Exodus was released worldwide on CD in 2007.

In May 2009 Itkin was awarded both an Honorary Doctorate of Humane Letters by Lyon College and the Above the Barre award by Ballet Arkansas.