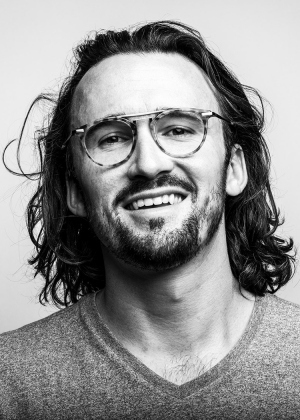 Pianist, composer, and educator Dave Meder is one of the prominent artists of his generation, known for a panoramic musical approach that has earned him slots in the Thelonious Monk International Jazz Piano Competition and the American Pianists Awards. His defining aesthetic is a remarkably postmodern sense of stylistic adventure, incorporating what All About Jazz describes as “a vibrant hybrid of the whole American spectrum.”

In his 2019 debut, Passage, Meder established himself as a uniquely versatile and broad-minded artist, traversing his way through an affecting gospel standard, a bold deconstruction of Thelonious Monk, a title track inspired by American minimalists Philip Glass and John Adams, a dramatic elegy inspired by Baroque-era operatic harmonies, as well as select pieces featuring generation-defining saxophonists Miguel Zenón and Chris Potter. The Ottawa Citizen counted Passage among its top five 2019 jazz debuts, and All Music Guide included the album in its “Favorite Jazz Albums of 2019,” noting the balance of “post-bop harmonies with soulful gospel warmth and contemporary classical sophistication.”

On his 2021 album, Unamuno Songs and Stories, Meder again leverages these diverse musical influences in a stunning response to recent sociopolitical turmoil in the United States. Using the writings of Spanish Civil War-era philosopher Miguel de Unamuno as a historical analogy, Meder and his trio embark on an intensely emotive set that explores the tensions between democracy and authoritarianism, internationalism and nationalism, and religious faith and non-belief.

His original compositions have garnered various awards and commissions, including the ASCAP Young Jazz Composers Award, the International Songwriting Competition, and the First Music Commission of the New York Youth Symphony. Meder has headlined at a host of prominent performance venues and educational residencies around the world, including Jazz at Lincoln Center, Smalls Jazz Club, The Kennedy Center, Beijing Normal University’s International Music Festival, and a US State Department sponsored teaching residency in Honduras. He is a recent recipient of the prestigious Fulbright US Scholar Award for Visual and Performing Awards, which brings him to Egypt as a guest artist and lecturer in 2022.

Remarkably, the beginnings of Meder’s jazz education were mostly self-guided. Born, raised and classically trained in Tampa, Florida, he was still a teenager when he began teaching professionally at a local music shop, while also building his own private teaching practice. While ensconced in his classical studies, he was persuaded by friends to help them form an after-school jazz band in their middle school, whose music department lacked a formal jazz program. With oversight from a generous band director, the jazz ensemble became a reality and Meder became enamored of the art form, working at it largely on his own until college.

During his undergraduate studies at Florida State University — from which Meder graduated summa cum laude with degrees in jazz studies, Spanish and political science, along with a certificate in sacred music — tutelage under Marcus Roberts bolstered his strikingly authentic handle on historical jazz piano styles. During his college years, Meder was also fortunate to immerse himself in this lineage firsthand by being selected for two of the most crucial incubators in jazz education, the Betty Carter Jazz Ahead program at The Kennedy Center, and the Steans Music Institute at the Ravinia Festival (led at the time by the late David Baker). Upon his graduation in 2013, Meder won the esteemed Jacksonville Jazz Piano Competition, formerly known as the Great American Jazz Piano Competition.

A later move to New York afforded Meder a chance to study with the leading edge of jazz: Fred Hersch, Mark Turner, Ari Hoenig, Dave Douglas, and a full year under the mentorship of the legendary Kenny Barron — while also studying classical piano with Julian Martin as well as advanced counterpoint and harmony with Philip Lasser, a leading disciple of the famous Nadia Boulanger school of composition. He now holds a professorship at the University of North Texas, one of the most renowned jazz studies programs in the world, where he continues the tradition of direct mentorship that has sustained the legacy of jazz to this day.

Meder holds an MM from NYU and an Artist Diploma from Juilliard, where he taught and toured as part of the premier ensemble of the school. Concurrent to his graduate studies, Meder worked for three years as the music director of Fordham Lutheran Church in the Bronx, furthering another creative through-line in his life. “I was raised in the church, and I’ve always played in it too,” Meder says. “In the context of all the other ‘brainy’ stuff I’ve studied in music school, [the church] forced me to make a soulful connection to it—to try and make what I was absorbing more personal and musical.” Indeed, his music conveys a tremendous depth, yet remains eminently soulful, an aspiration not often achieved in modern jazz.

Dave Meder is a YAMAHA Artist.