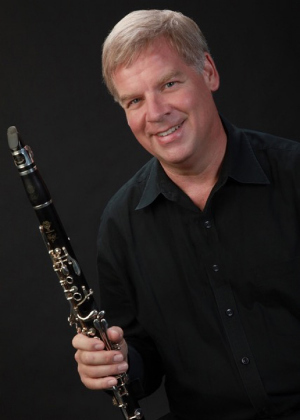 Daryl Coad is an active performer and teacher in the Dallas/Fort Worth metroplex. Formerly a member of the Rochester Philharmonic and New Orleans Symphony, he has also performed with the Chicago Symphony, Milwaukee Symphony, Hong Kong Philharmonic and Dallas Chamber Orchestra. He has been on the faculties of the Brevard Music Center and University of North Carolina at Greensboro, where he also served as music director for the University Symphony Orchestra. He has appeared on recordings with the Chicago Symphony Orchestra under Claudio Abbado and Andre Previn and was featured on a recording of William Walton’s Façade with David Zinman conducting members of the Rochester Philharmonic.

His principal clarinet teacher was Robert Marcellus. Other teachers have included Larry Combs, Clark Brody and Robert Listokin. He has studied conducting with David Zinman, and holds a B.M. in clarinet performance and an M.M. in conducting, both from Northwestern University. He frequently performs with the Fort Worth Symphony and has been on the faculty of the University of North Texas since 1999.