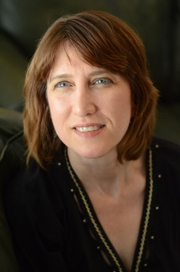 Catherine Ragland, who earned her doctorate in ethnomusicology from the City University of New York Graduate Center, joins the UNT College of Music after serving as assistant professor of music and director of the master’s program in ethnomusicology at the University of Texas-Pan American. She has been an artistic curator for the International Accordion Festival in San Antonio and worked as program director for the Center for Traditional Music and Dance (New York), Texas Folklife Resources (Austin), and Northwest Folklife (Seattle). Her research areas include the Texas-Mexican Borderlands and the American Southwest, Mexico and Spain. Her work centers on music and the politics of migration, music and nationalism, popular music and public arts research and education. She published the book Música Norteña: Mexican Migrants Creating a Nation between Nations, several book chapters and articles and reviews in Ethnomusicology, Yearbook for Traditional Music, Journal of American Folklore, and Free-Reed Journal.