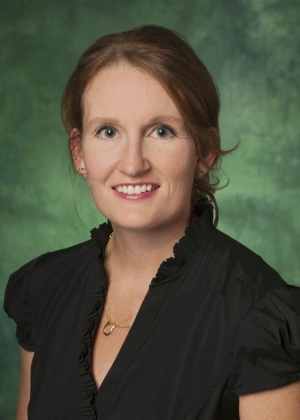 April L. Prince received her undergraduate degree from Wesleyan College in Macon, Georgia and her Ph.D. in musicology from the University of Texas at Austin under the late K.M. Knittel.

Grounded in cultural and gender studies, Prince’s research focuses on nineteenth-century German concert culture, early twentieth-century country music and blues women, and music history pedagogy. She has presented portions of this work at national and regional conferences of the AMS, the North American Conference on Nineteenth-Century Music, and Delta State University’s International Conference on the Blues. Her article, “(Re)Considering the Priestess: Clara Schumann, Historiography, and the Visual,” was published Fall 2017 in Women and Music: A Journal of Gender and Culture. She is currently working on a subsequent project that continues her interest in iconography and reception of Clara Schumann: “The Technological Priestess: The Piano Recital, Photography, and Clara Schumann.” A forthcoming book chapter, “Listen to the Poor Girl Story: Southern Femininity in Early Old-Time Music,” examines the musical contributions of Georgia artists Rosa Lee Carson and Roba Stanley.

Before coming to UNT, Prince designed and taught courses across the general education curriculum at Loyola University New Orleans.  She continues that role at UNT, working primarily in the non-major curriculum. Her classes include topics on gender and sexuality, film music, politics, and music outside the traditional canon.  Committed to innovative pedagogical methods, her recent essay, “Asking Non-Majors to Music in Reclamation and Remix Projects: Challenging Topics, Collaborative Learning, and Creative Assignments,” focuses on the democratization of creativity in the general education classroom.