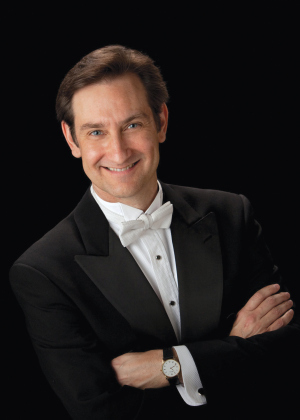 Director of A Cappella Choir

Allen Hightower is a seventh generation Texan, and resides in McKinney, Texas with his wife Dr. Kristin Hightower and their two daughters Caroline and Julianne. As the director of Choral Studies at the University of North Texas, Allen leads the master’s and doctoral programs in choral conducting, and oversees a comprehensive choral program of eight ensembles. Allen serves as the conductor of the UNT A Cappella Choir, and the UNT Grand Chorus which collaborates annually with the UNT Symphony Orchestra in performances of major choral-orchestral works. As a member of UNT’s Early Music faculty, he leads the vocal ensemble Vox Aquilae, an artistic partner of the UNT Baroque Orchestra. Since arriving at UNT in 2016, the A Cappella Choir has received invitations to perform for the Texas Music Educators Association in 2020, National Conference of the American Choral Directors Association in 2021, and Southwestern Division of ACDA in 2022. Vox Aquilae and the Baroque Orchestra were featured in the 2022 virtual conference of the National Collegiate Choral Organization.

As a teacher and conductor, he has visited 30 states, Asia, and Europe.  His students hold positions of leadership as choral conductors in public schools, colleges and universities, and churches and community choirs throughout the United States.

Prior to his appointment at UNT, Dr. Hightower held the Weston Noble Endowed Chair in Music at Luther College in Decorah, Iowa, where he served as conductor of the renowned Nordic Choir and artistic director of Christmas at Luther. As Luther's director of Choral Activities, he gave leadership to a choral program that included four conductors, six choirs, and over 530 singers. Under his direction, the Nordic Choir performed at the 2014 North Central Division of ACDA, recorded six compact discs, made annual concert tours throughout the United States, and toured Europe on two occasions.

From 2000-2010, he served as professor of music and director of Choral Studies at Sam Houston State University. During his tenure, the SHSU Chorale toured Europe, performed for the 2007 National Convention of the American Choral Directors Association, the 2010 Southwestern Division of ACDA, and the 2003, 2006, and 2010 conventions of the Texas Music Educators Association. His public school teaching career included tenures at Klein High School in Spring, Texas and at Odessa Permian High School in Odessa, where he led the PHS Kantorei and Satin Strings in performance at the 1996 TMEA convention.

Outside of his work in the academic setting, Allen has served as the artistic director of the Houston Masterworks Chorus and Orchestra, leading an annual concert series of choral-orchestral masterworks. As a church musician, he has served Baptist, Congregational, Methodist, and Presbyterian churches in Texas, California, and Minnesota. He currently serves on the Music and Worship staff of Stonebriar Community Church in Frisco, Texas, and is the church music vice-president of the Texas Choral Directors Association. Dr. Hightower has served as an adjunct professor of conducting at the Southwestern Baptist Theological Seminary in Fort Worth, Texas.

As a conducting student of the Texas choral legend Bev Henson, Allen earned his undergraduate degree in music education and piano from Sam Houston State University.  He went on to earn a master’s degree in choral conducting from the Eastman School of Music where he was a student of Baroque scholar Alfred Mann, and a master’s degree in orchestral conducting from Baylor University, where he served as assistant conductor to Stephen Heyde and accompanist to Donald Bailey and the Baylor Chamber Singers. Allen earned his doctorate in conducting from the University of California, Los Angeles, where he served as assistant conductor to Donald Neuen. Hightower pursued additional orchestral conducting studies with Jung-Ho Pak at the University of Southern California, additional choral conducting studies with Joseph Flummerfelt at Westminster Choir College, and choral-orchestral conducting with Helmuth Rilling at the Oregon Bach Festival.  After winning first prize in the graduate division of the American Choral Directors Association’s Conducting Competition in 1997, Allen served as assistant to Paul Salamunovich, conductor of the Los Angeles Master Chorale.