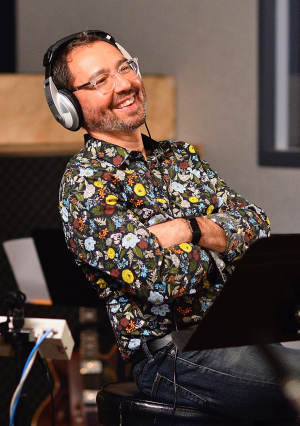 Director of the One O'Clock Lab Band®

Born and raised in a small town in Southwestern Pennsylvania, Alan Baylock has composed music that is performed throughout the world. One of the most respected and sought-after jazz composers and educators in the industry today, he is the director of the multi-Grammy nominated One O'Clock Lab Band® at the University of North Texas, and previously served 20 years as Chief Arranger for the USAF Airmen of Note in Washington, D.C. The Alan Baylock Jazz Orchestra recorded three critically-acclaimed CDs and performed throughout the United States for 15 years. Baylock graduated from Shenandoah University (BME '90), where he later became Jazz composer-in-residence and the University of North Texas (MM '94).

Baylock travels extensively as guest conductor and clinician, and has been featured with close to 100 professional, collegiate, high school (all-state and regional) and middle school jazz ensembles. Alan is on faculty at the National Jazz Workshop (NJW) and directed the NJW All-Star Big Band in performances on the East and West Coast. Thanks to the Nu Psi Chapter, Alan became an honorary member of Phi Mu Alpha Sinfonia in 2016, and became an honorary member of Kappa Kappa Psi (Kappa Epsilon Chapter) in 2017. He is an active member of the Jazz Education Network and is a strong advocate for women in jazz.