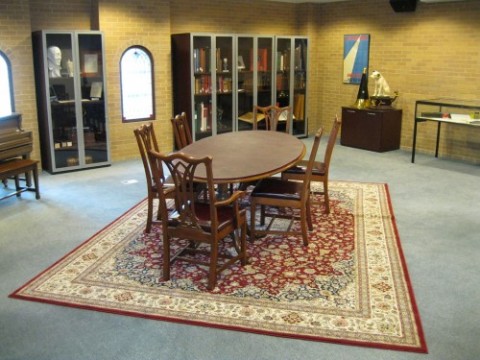 The UNT Music Library, one of the largest in the United States, holds more than 350,000 items of music books, periodicals, scores, parts and microforms. It also owns complete works of more than 200 composers, among them new editions of the works of Bach, Handel, Berlioz, Mozart and Schoenberg, together with well over 100 special historical collections. Additionally, the library contains the Ozier Sound Recording Archive of approximately one million recordings in various historical formats.

The Sandborn Room (pictured) in Willis Library room 430A is home to the Music Library's collections of rare books and scores, and is named after longtime Denton resident and former UNT music librarian Edna Mae Sanborn. The room displays only a small selection of the collection's holdings, most of which are stored elsewhere in the Music Library.

Other noteworthy materials in the Music Library include: