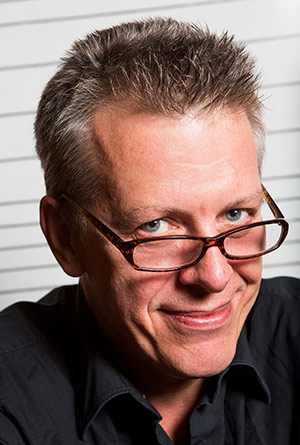 Paul Leenhouts is director of Early Music Studies and the Baroque Orchestra at the University of North Texas. He holds a Soloist Diploma from the Sweelinck Conservatory in Amsterdam, where he was on the faculty as professor for recorder and historical development from 1993 to 2010. A founding member of the Amsterdam Loeki Stardust Quartet from 1978 and from 2002 director of the contemporary music collective Blue Iguana, he is also composer, arranger and editor of numerous works for various chamber music ensembles. Mr. Leenhouts has recorded for Decca L'Oiseau-Lyre, Channel Classics, Vanguard, Lindoro and Berlin Classics. Two L'Oiseau-Lyre recordings received the prestigious Edison Award. In 1986, he initiated the Open Holland Recorder Festival Utrecht and from 1993 - 2017 he has been director of the International Baroque Institute at Longy in Cambridge, Massachusetts. His special interest in renaissance consort repertoire led to the founding of The Royal Wind Music in 1997. In 2004 Mr. Leenhouts was elected president of the European Recorder Performers Society. As well as performing numerous concerts and coaching masterclasses within the early music field, he also regularly performs with contemporary and music theatre groups such as Musikfabrik, Nederlands Vocaal Laboratorium, ZT Hollandia and NT Gent. Mr. Leenhouts has given master classes, clinics and lectures at more than 200 conservatories and universities around the world. For his international activities as a musician, conductor and organizer, he received a UN Life-time Achievement Award in Hsin-Chu City, Taiwan in October 2017.