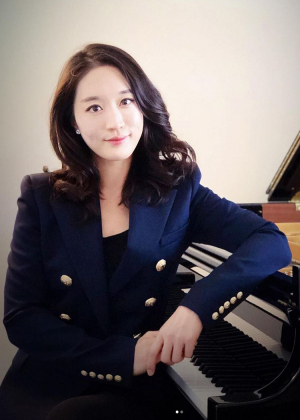 Laehyung Woo was born in Seoul, South Korea and made her debut at the Kumho Arts Gallery as the grand finalist for the Kumho Asiana Airlines Prodigy Audition at the age of 14. She graduated cum laude from Seoul National University. In 2008, she was awarded a merit-based scholarship for her master’s degree at New England Conservatory under professor Alexander Korsantia. She studied for her artist diploma at Texas Christian University under Tamás Ungár. While studying for her DMA at the University of North Texas under Pamela Mia Paul, she was awarded a Graduate Assistantship Tuition Scholarship Award and was also a teaching fellow.