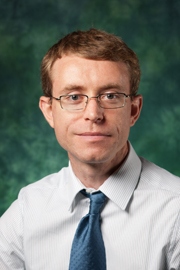 Justin Lavacek holds a PhD in music theory from the Jacobs School of Music, Indiana University. He has published an approach for interpreting the reshaping of borrowed tenors through creative counterpoint in “Contrapuntal Ingenuity in the Motets of Machaut,” Integral 28/29 (2014-15).  Dr. Lavacek is also author of a book review on Ars nova motets, found in Music Theory Online 22/2 (2016). His second article, “Mozart’s Harmonic Design in the Secco Recitatives,” in Theoria 22 (2015), won the award for outstanding article from the Mozart Society of America in 2015.

Dr. Lavacek’s primary research is in the counterpoint and meaning of pre-1750 music, which he has presented at regional, national, and international conferences.  He is currently working and presenting on the role of the semitone in early “rules of the octave” as inferred from Adriano Banchieri’s organ and theory treatises as well as the role of metrical (mensural?) dissonance in the processive tonal articulation of 14th-century counterpoint.  Always occupied with the intersection of keyboard playing and harmonic theory, Dr. Lavacek likes to realize figured bass in his spare time.