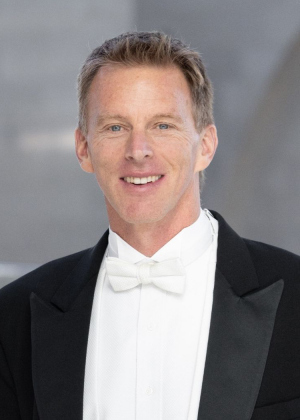 Prior to his DSO appointment, Habermann was assistant conductor of the San Francisco Symphony Chorus, where he prepared the chorus for performances with conductors Michael Tilson Thomas and Charles Dutoit. Recordings as a singer with the SFSC include Christmas by the Bay and Mahler’s Symphony No. 2, a Grammy nominee for Best Choral/Orchestra Recording.

Habermann has appeared at numerous conferences and festivals, including international engagements in Brazil, Cuba, Costa Rica, Germany, Czech Republic, France, China, and Singapore. As a singer (tenor), he has performed with the Oregon Bach Festival Chorus under Helmuth Rilling, and made three recordings with Austin-based Conspirare: Through the Green Fuse, Threshold of Night, and Requiem, a Grammy nominee and Edison Music Award winner for Best Choral Recording.

A passionate advocate for music education, Habermann has served on the faculties at San Francisco State University and the University of Miami, and worked with young singers and conductors in master classes and workshops throughout the United States and abroad. He is currently an adjunct faculty member at the University of North Texas, where he teaches conducting and choral literature.

A native of California, Habermann is a graduate of Georgetown University and the University of Texas at Austin, where he completed doctoral studies in conducting with Craig Hella Johnson. He lives in Dallas with his wife Joanna and daughter Kira.