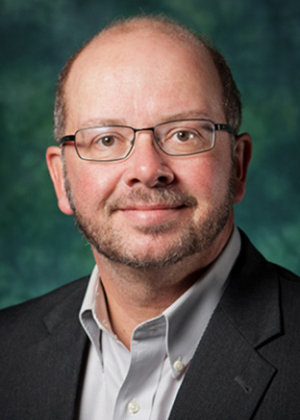 Frank Heidlberger has been professor of music theory at the College of Music of the University of North Texas since fall 2001. In 2006 he was promoted to full professor. He served as Chair of the Division of Music History, Theory and Ethnomusicology 2011 - 2018, and as Coordinator of the Music Theory area (2019-2021). After studies in clarinet and jazz saxophone in Frankfurt, Detmold and Stuttgart, he received M.A. (1988), and Ph.D. (1993) degrees in historical musicology, philosophy and German literature at Würzburg University. In 1998 he was awarded the German professorship degree (Habilitation, Dr. habil.).

Professor Heidlberger was research fellow and non-tenure track assistant professor at Würzburg University (1988-1999), and adjunct professor of music history and form analysis at the Hochschule für Musik in Würzburg. In 1999 he received the prestigious “Heisenberg” scholarship (DFG, German Research Council), which enabled him to focus on diverse musical source studies at the Library of Congress in Washington, D.C. and at the Austrian National Library in Vienna. Heidlberger’s activities include several extensive research trips to Paris, Italy, London, Vienna, Washington D.C., and New York which had been supported by grants and awards from DAAD, DFG, Würzburg University and the German Department of External Affairs. His career spans over 30 years during which he has presented lectures and clarinet masterclasses in many European countries, the United States, Canada, Japan, Australia, and New Zealand.

Professor Heidlberger’s interests in research and teaching focus on analytical techniques in 19th-and 20th-century music, the history of music theory, text criticism, performance practice, opera studies, music aesthetics as well as music journalism and cultural studies. He received acclaim with his books on Carl Maria von Weber (1994), Hector Berlioz and the Paris press (1995), the Italian instrumental music of late 16th and early 17th centuries (2000) and Weber’s piano music (2001). In 2002 he edited a selection of Berlioz’s literary works, and in 2007 his new commented edition of Berlioz’s Memoirs in a new German translation was issued, both with the publisher Bärenreiter in Kassel, Germany. He published numerous articles on Berlioz, Hindemith, Krenek, and 20th century music theory and criticism in journals and conference proceedings. A major essay on Berlioz’s “Aesthetic Religiosity” was published in 2008 in a volume on Berlioz by the University of Rochester Press (Eastman Studies in Music). He published articles and reviews in numerous journals, anthologies and provided many entries for the new edition of Musik in Geschichte und Gegenwart and Enzyklopädie der Neuzeit. Heidlberger also serves as the editor of “Theoria – Historical Aspects of Music Theory” having so far edited 18 volumes between 2003 and 2021.

During the last decade Professor Heidlberger published a critical edition of Carl Maria von Weber’s works for clarinet and orchestra in a volume of the Carl Maria von Weber Gesamtausgabe in 2011 (Schott, Mainz), and a new Urtext edition of Felix Mendelssohn Bartholdy’s Concert Pieces for clarinet, bassetthorn, and piano in 2015 (Henle, Munich). In 2016 his editions of the Weber clarinet concertos were published as pocket scores by Eulenburg (London). He is the co-editor of a two-volume Encyclopedia of the Orchestra, for the German publisher Laaber (2021). Other projects include a study on the development of the field of history of music theory since the 1980s, published in 2018. Currently he is working on Antoine Reicha’s music theory, and on theories of musical serialism, particularly by Ernst Krenek.

As service for the profession Professor Heidlberger served as vice president of the International Carl Maria von Weber Society (1999-2008) and as a board member of the Texas Society of Music Theory (2006-2010). In 2013 he was a Fellow of the UNT Faculty Administrative Leadership program. 2019 through 2021 he served on the Awards committee of the Society for Music Theory. Heidlberger is also active as a clarinet and saxophone player with a special interest in jazz and contemporary music. In 2001 he recorded a CD with compositions for computer, synthesizers and clarinets/saxophones.