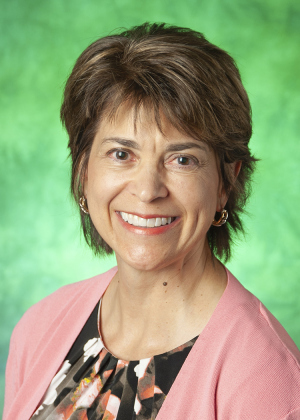 Diana Cooley provides administrative support for three Divisions within the College of Music: Keyboard Studies, Vocal Studies and Conducting & Ensembles. She joined the UNT staff in 2015 and was nominated for the Rising Star Award in 2017.

Diana has been both a children’s choir director and adult handbell choir director, with memberships in Chorister’s Guild and the American Guild of English Handbell Ringers. She performed with the professional Dallas Handbell Ensemble led by David R. Davidson, and was president of the Greater Dallas Handbell Association. Since 2013, she has been a member of the Plano Civic Chorus which toured Spain and France in 2014 and performed at Coventry Cathedral in England in 2018.

Prior to coming to UNT, Diana was an executive assistant at the Dallas Symphony, where she helped launch the SOLUNA International Music and Arts Festival.

Diana became a community organizer and education advocate while raising two gifted and talented boys in the public school system, and now lives with her husband, Edwin, in their empty nest in Rowlett.