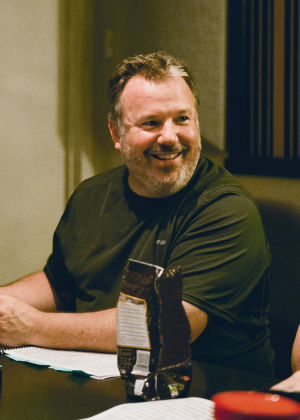 Craig Marshall has served as manager of the Jazz Studies Division at UNT since 1995. Marshall earned degrees in jazz studies from UNT, where he is now manager of the lab bands and producer for the North Texas Jazz record label. As former trombonist in the UNT One O'Clock Lab Band, Marshall appeared on six CDs, including the Grammy-nominated composition "Values" by Neil Slater on Lab '91, and the commemorative box set North Texas Jazz: Fifty Years that he also co-produced. Three additional Grammy nominations were awarded for Lab 2009 and Lab 2015, where Craig was producer. His production of the landmark tribute CD collections honoring Neil Slater, Jim Riggs, Jay Saunders, and Rich DeRosa (to commemorate 70 years of jazz at North Texas) are unique milestones in the history of this storied jazz program. As a performer and record producer, Craig Marshall's credits include more than half of the entire North Texas Jazz catalog, with nearly 50 albums on his discography.

Marshall served as festival manager/director/co-founder of the North Texas Jazz Festival in Addison from 2001–2009, and has solidified a presence in Dallas and Fort Worth for the One O'Clock Lab Band through his establishment of ongoing concert series now in their second or third decade. His duties include managing the One O'Clock Lab Band, including domestic and international tours, CD & DVD recording projects, on-campus and off-campus concerts and concert series production, and assisting with publicity, marketing, and media relations. Craig continues to be a crucial link to our numerous jazz studies alumni over the past 30 years.