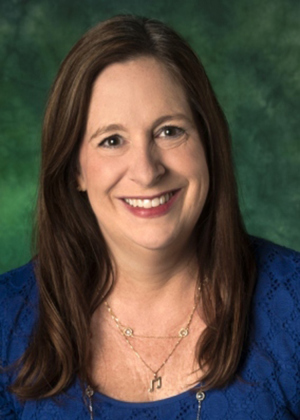 Carol Pollard joined the College of Music Advising team in 1998 and serves as the director of undergraduate advising. Carol serves on several UNT advising leadership committees. She was awarded the UCAN Eagle Award for Academic Advising in 2005, a UNT Staff Contribution Award in 2006 and the UCAN Professional Development Award in 2009. Her previous teaching experience includes beginning music theory and private piano and voice.

Carol recently completed a two-year term on the Council for NACADA, the Global Community for Academic Advising, serving as an administrative division representative. She previously served as Chair of the NACADA Inclusion and Engagement Committee (2015-2017),  Emerging Leader Advisory Board (2012-present), Region 7 Chair (2009-2011), and has served on multiple planning committees.  She was a member of the inaugural class of Emerging Leaders (2007-2009) and has also served as an Emerging Leader Mentor (2014-2016).

Her publications in Academic Advising Today (2009 and 2016) discuss diversity in NACADA and development of NACADA leadership through the Emerging Leader program.

Carol earned her BME (bachelor of music education) degree from Texas Wesleyan University and a MA in music from UNT.  Her master’s thesis was written on the multiple versions of Modest Mussorgsky’s Boris Godunov. She is a proud Colorado native and Denver Broncos fan. 1.12.22