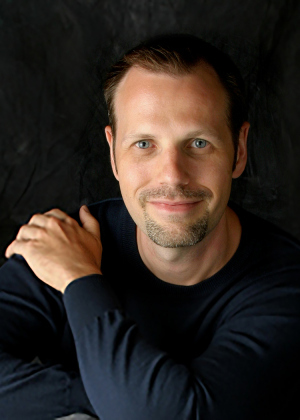 Brad Beckman is from Harvard, Illinois, and received his bachelor of music degree in piano performance from Illinois Wesleyan University in 1986. While at IWU Dr. Beckman studied with Lawrence Campbell and Bedford Watkins.  He received numerous competitive scholarships, was Honors Recitalist, and was selected for Pi Kappa Lambda membership. Continued study with Joseph Banowetz brought Dr. Beckman to the University of North Texas in 1986 where he earned both a master of music degree and a doctorate of musical arts degree in piano performance. While at UNT Dr. Beckman held a competitive teaching fellowship in piano and received the Mary M. Morgan Dissertation Award for Excellence in Music Performance for his work on Ronald Stevenson's Passacaglia on DSCH.  Dr. Beckman is currently in his 15th year as principal lecturer in piano pedagogy and group piano coordinator at the University of North Texas.  He teaches all levels of piano pedagogy, keyboard skills classes and is faculty advisor for the UNT/TMTA Collegiate Student Chapter.  He also is coordinator of the piano pedagogy related field for all doctorate of musical arts degrees.  Dr. Beckman has performed throughout the Midwest, is a frequent adjudicator and has contributed to Keyboard Companion Magazine regarding the teaching of adult students. He has been active in Music Teachers National Association and Texas Music Teachers Association as presenter, performance contest coordinator, elected director and past president of the Plano Music Teachers Association.  TMTA chose Dr. Beckman as their Collegiate Teacher of the Year in 2010.  Dr. Beckman has also been very active on the Collegiate Keyboard Committee of the National Conference on Keyboard Pedagogy.  Dr. Beckman has performed at the State Department in Washington, D.C., as part of the State of the Arts concert series where his playing was described as "sensitive, well-constructed and erupting in a flood of emotions” (State Magazine, Washington, D.C.).  He also performs regularly with two-piano partner Dr. Carolyn True of Trinity University and has released their first CD together entitled Bradley Beckman and Carolyn True 2.  Their second CD together is in progress for Toccata Classics and showcases the duet repertoire of nineteenth-century composer Wilhelm Goldner.  Most recently, Dr. Beckman and Dr. True performed the Poulenc Two Piano Concerto with the UNT Concert Orchestra.  Dr. Beckman is a member of the College Music Society, European Piano Teachers Association and the American Liszt Society.