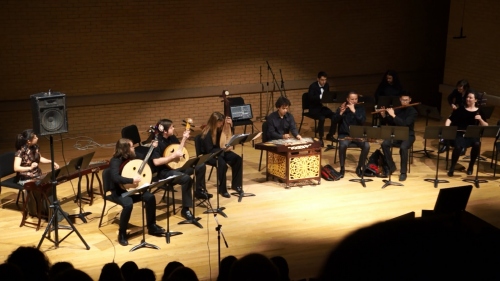 Founded in January 2016, The UNT Chinese Ensemble is the first Chinese ensemble established at a Texas university. Directed by renowned pipa soloist and traditional Chinese music director, Yuxin Mei, the ensemble uses Chinese instruments and plays in the traditional "Silk Bamboo" style. The UNT Chinese Ensemble was invited to perform for the Society for Ethnomusicology Southern Plains Conference in 2016. As the Special Performance Guest, they will perform at the Asian Festival in San Antonio, 2017 and will give a performance at the Houston Traditional Chinese Music Spring Concert in May, 2017. In summer 2017, the UNT Chinese Ensemble will perform at the Muse Festival both in Los Angeles and Beijing (invited by the China Conservatory).