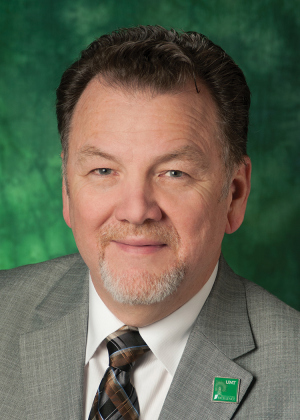 Stephen F. Austin joined the faculty of UNT in 2001 after several years of teaching at Louisiana State University. He teaches applied voice and vocal pedagogy.  He earned a master’s degree in vocal performance from UNT and continued his studies at the University of Iowa where he received a PhD in voice science from the Department of Communication Disorders under the direction of Dr. Ingo Titze. His unique training in performance and voice science has placed Dr. Austin at the forefront of interdisciplinary work in voice science and vocal pedagogy.

He is an active performer, published author, and a popular lecturer in vocal pedagogy and voice science. He has presented recitals, lectures, and masterclasses across this country, in England, The Netherlands, China and Australia. He has been featured on the faculty of the Annual Symposium: Care of the Professional Voice sponsored by the Voice Foundation in Philadelphia. He has made invited presentations to the national conventions of the American Speech-Language-Hearing Association, Music Teachers National Association and to the National Association of Teachers of Singing (NATS). He has offered lectures and masterclasses at national and international conferences and workshops including the Westminster Choir College Summer Workshop, the international meeting of the Physiology and Acoustics of Singing Conference, NATS mid-winter workshops and Pan European Voice Conference held in London, England. He has appeared as special guest at the national conference of the Australian National Association of Teachers of Singing. He has also appeared as special guest for the New York Singing Teachers Association.

Dr. Austin is recognized for his singular contribution to the literature in vocal pedagogy through his column that he created for the Journal of Singing, ‘Provenance’. He published almost 60 articles in 15 years on the historical principles of voice teaching as derived from the writings of important and eminent teachers of the past. Those articles have recently been released in book form by Inside View Press – Provenance: Historic Voice Pedagogy Viewed through a Contemporary Lens which is available at: http://www.voiceinsideview.com.

Dr. Austin is known as an excellent teacher and known for his ability to clarify for the voice teaching community the complexities of voice science and to make it applicable to the studio teacher and singer. His articles on this subject have been published in Australian Voice, the official publication of the Australian National Association of Teachers of Singing, the Choral Journal, and in the Journal of Singing. His scientific research has focused on the articulatory behavior of classically trained singers and has been published in the Journal of Voice. He is a member of the editorial board of the Journal of Singing and serves on the Voice Science Advisory Committee of NATS. He has served as a member of the Science Advisory Committee of the Voice Foundation where he was awarded the prestigious Van A. Lawrence fellowship award. Most notably, Dr. Austin is a successful teacher and has students singing professionally in this country and in Europe and with more than a dozen former students in faculty positions around the United States.

For a complete summary of his professional activities, please go to:
https://facultyinfo.unt.edu/faculty-profile?query=Stephen+F.+Austin&type=name&profile=sfa0001 - fndtn-general-information