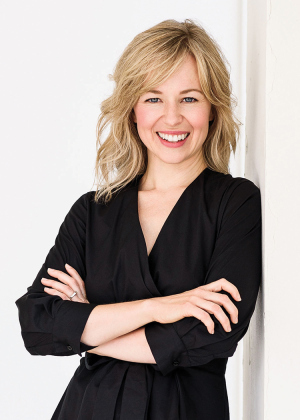 Conductor-teacher Kristina Caswell MacMullen has devoted her career to sharing music and inspiration with students and audiences. Her collaborations with fellow musicians continue to confirm her abiding hope for the future and an unflagging belief in the power of choral music.

Currently, MacMullen serves as an Associate Professor of Choral Conducting at the University of North Texas where she conducts the University Singers, Kalandra, and instructs both undergraduate and graduate students in conducting and rehearsal pedagogy. Prior to her appointment at UNT, Kristina spent eight years on the faculty of The Ohio State University. While at OSU, her interdisciplinary work earned her the Sir William Osler Award for Humanism in Medicine.

MacMullen believes that great potential lies in choral performance and creative communication. She strives to guide her students, as they desire to impact the world they will inherit for the better. Creative projects include interdisciplinary performances addressing human trafficking, the Kubler-Ross stages of grief, play theory, Maslow's hierarchy of needs, female archetype exploration, American song, civic engagement, and the nature of tears.

As an active adjudicator and clinician, MacMullen has conducted All-State and honors choirs throughout the United States. She has presented and co-presented interest sessions at state, regional, national and international conferences. Recent and upcoming engagements involve students in New Mexico, Michigan, South Carolina, Kansas, Montana, North Dakota, and Texas. Her teaching and conducting is featured on the DVD Conducting-Teaching: Real World Strategies for Success published by GIA (2009). Her editions for treble choir are published by Boosey & Hawkes, Musicatus Press, and MusicSpoke.

MacMullen earned both the Bachelor of Music Education and Master of Music degrees from Michigan State University. She completed the Doctor of Musical Arts degree at Texas Tech University. Kristina has enjoyed a diverse career as a public-school teacher, interacting with students in rural, suburban, and urban settings, elementary through high school. She also sings with the professional ensemble Mirabai.