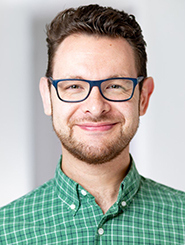 Dr. Jonathan Thompson is a Mexican-American oboist, international recitalist, collaborator, scholar, and educator. He has performed in Mexico, Spain, and across the United States. His artistic mission is to engage audiences in performance, with a focus in presenting new works as well as fresh takes on classic works. In 2019, he started at the University of North Texas as adjunct oboe professor.

Thompson is the recipient of the 2017-2018 Presser Graduate Award, a $10,000 grant for music graduate students. With the grant, Thompson traveled to Mexico City to conduct research and to perform his international debut at the Faculty de Música UNAM. In 2020, he will release his debut album of previously unrecorded Mexican music for the oboe.

Thompson completed his doctor of musical arts at the University of North Texas, studying with James Ryon. Thompson received both his master’s and bachelor’s degrees in oboe performance from Northwestern University, where he studied with Scott Hostetler, Michael Henoch, Robert Morgan, and Grover Schiltz. Upon graduation, he became the first recipient of the Ray Still Award.