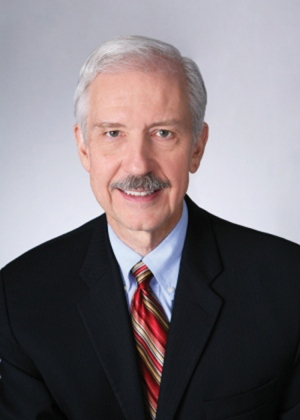 James Scott, Dean Emeritus of the College of Music at the University of North Texas, has enjoyed a musical career embracing over four decades of accomplishments as a performing musician, a teacher, and an administrator. He began his distinguished professional career while still a first-year student at Emory University, winning a position as flutist in the Atlanta Symphony at a time that made him one of the youngest musicians in the history of the orchestra. Scott earned degrees in both flute and piano from the Oberlin Conservatory and the Peabody Conservatory with a doctoral thesis in the area of music theory, dealing with structural aspects of pre-serial Schoenberg and their relationship to late Brahms works. He served for many years as a faculty member, head of the music program, and interim dean of the School of the Arts at Rutgers University. During his Rutgers years he gave recitals throughout the metropolitan New York area, in Canada, in the Far East, and throughout the United States. He also performed with the Woodwind Repertory Group of New York and a number of professional orchestras on the East Coast. Much of his performing career has been in the service of new music and reviving neglected works from the past. As an artist and administrator, he adjudicated many competitions and served as a charter member of the board of the Frank and Lydia Bergen Foundation. Scott later became associate dean for instruction and professor of flute at Indiana University, where he also performed as principal flutist of the Indiana University Festival Orchestra. He subsequently served as director of the School of Music at the University of Illinois before accepting appointment in 2001 as dean of the College of Music at UNT. Teaching has remained central to his interests, and a number of his former students hold tenured and tenure-track positions in various universities. He continues to give master classes in this country and abroad. Recent classes have been held in the Czech Republic, Taiwan, China, Thailand, and South Korea.

Other professional activities include his recent chairmanship of the Commission on Accreditation of the National Association of Schools of Music; presidency of Pi Kappa Lambda, the national music honor society; chairmanship of the College Music Society Committee on Leadership and Administration; and membership on the boards of the Dallas Symphony, where he is chair of the Education Committee, and Dallas Chamber Music Society, where he is immediate past president. Editorial Board memberships include the UNT Press and the Journal for Performing Arts Leadership in Higher Education. He is frequently asked to serve on evaluation teams for music programs in this country and abroad.