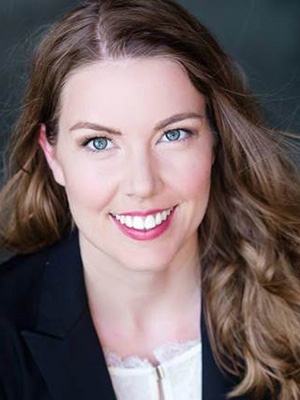 Dr. Emily Hagen completed her bachelor of arts in music and Spanish as well as her master of music in vocal performance at the University of MN Duluth (UMD). She was the 2006 recipient of the Olive Anna Tezla Award for outstanding achievement in the School of Fine Arts. She has studied opera in Izmir (Turkey) as a Rotary International Scholar, at the Conservatoire Régionale de Boulogne-Billancourt in Paris, and at the Istituto Musicale Vincenzo Bellini in Caltanissetta, Sicily. Her recent performances have included the roles of Cherubino in Le nozze di Figaro and Giannetta in L’elisir d’amore. Emily recently presented her paper "L'arco ed il scetro: Neo-Platonic and Aristotelian Thought in the Musical Structure of 17th c. Trio Sonatas" at the Newberry Center for Renaissance Studies Conference in Chicago. She also presented a paper on the interpretation of emotions in Venetian opera at the conference Opera: The Art of Emotion in Melbourne, Australia in Fall 2016 and was cosponsored by the Musicological Society of Australia and the ARC Centre of Excellence for the History of the Emotions. She has participated in three collaborative score editing projects, including a performance score of Pietro Platania’s lost opera La vendetta slava supported by the University of MN Duluth and critical editions of Claudio Monteverdi’s Vespers of 1610 and L’incoronazione di Poppea at UNT. She has served as President, Vice-President, Journal Editor and Conference Co-Chair for the UNT Graduate Association of Musicologists unt Theorists and published two articles in the graduate journal Harmonia, one of which received the edition’s Paper Award. She just received her Ph.D. in Spring 2018 in musicology from UNT with a related field in opera, and her other research interests include sacred music and semiotics.  She teaches voice and piano.