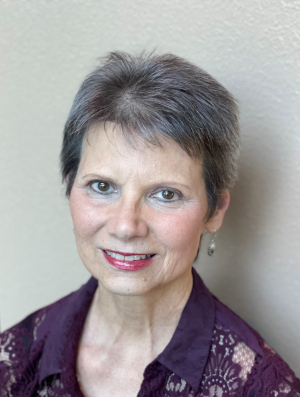 Deborah S. Brooks is Visiting Lecturer in Music Entrepreneurship. Founder and CEO of DFW Musicians Services, Debbie Brooks is a premier music contractor and freelance cellist in the Dallas-Fort Worth area and performs regularly with the Fort Worth Symphony and other area ensembles. Her contracting career began in 2000 with a 4-city tour with Andrea Bocelli. DFW Musicians Services has established a national reputation for excellence in contracting, event planning and production.

She has been in the core orchestra of Dallas Summer Musicals as solo cellist since 1998, which performed the National Tours of American in Paris, Beauty and the Beast, Flower Drum Song, Fun Home, Ghost, The King and I, Lion King, Mary Poppins, Miss Saigon, Phantom of the Opera, Sound of Music, West Side Story, Wicked, and many others and has been the solo cellist for Casa Mañana musicals since 1981.

Her debut Compact Disc with Yamaha artist and composer Joyce Valentine was released in 2000, with Yamaha producing a Midi-Disc version in 2001. Ms. Brooks is very much in demand as a solo studio cellist.

Before resigning as Associate Principal Cellist with the Fort Worth Symphony Orchestra, Brooks was the featured soloist with Bobby McFerrin, Bernadette Peters and Mark O’Connor on the Fort Worth Symphony Pops Series. In 1996, she was awarded the American Airlines Distinguished Musicians Award as a result of her contribution to the community.

She received her Bachelor of Music (BM ’77) and Master of Music (’81) under the tutelage of Adolfo Odnoposoff at the University of North Texas. She attended the Berkshire Music Festival at Tanglewood in 1979 and 1980 and received prizes both summers, including the Gregor Piatigorsky Prize for outstanding cellist. She performed with such notable artists as Leonard Bernstein, Seiji Ozawa, Sir Colin Davis, Wynton Marsalis, Raymond Leppard and John Williams.

She is Chair of The University of North Texas College of Music Advancement Board.